After my first diagnosis I felt as if I was in a pit, it was awful but I was given hope and a way out, I could see the top. 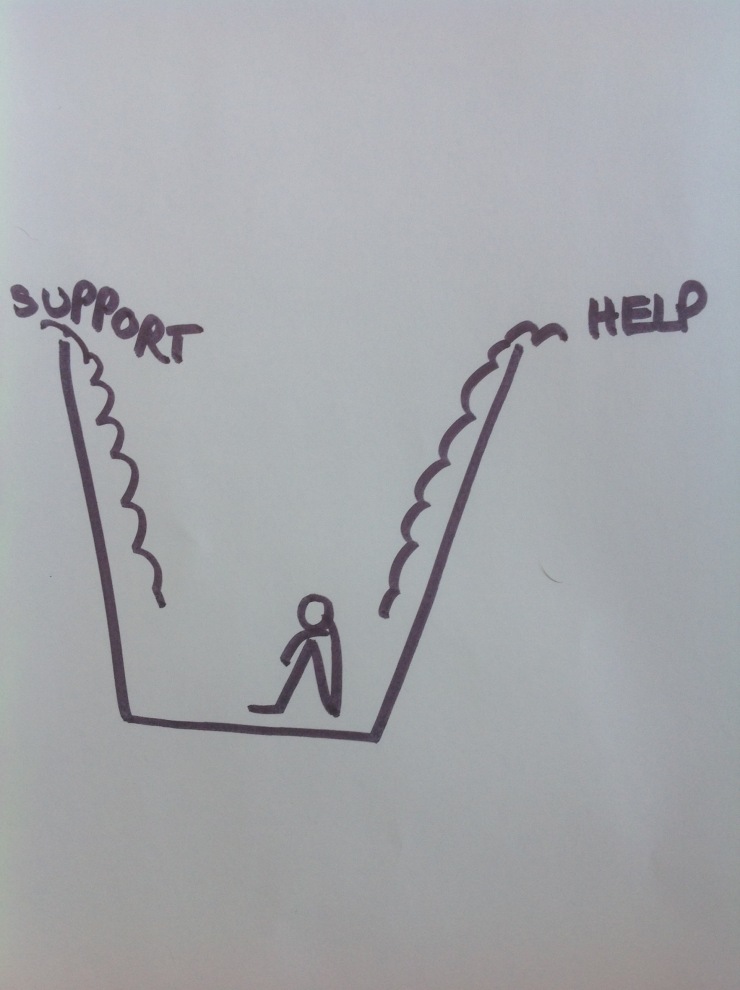 After surgery I felt as if I had got out, I believed I was now cancer free.  I couldn’t walk away just yet, but I was well enough to sit on the edge.  I was back in the light but I was still looking into the pit, time would move me away from it.

After my post surgery results which confirmed a spread to the lymph nodes I was well and truly back into the pit, but this time I was much deeper down and there wasn’t much light down there.  There was help and support but I had much further to climb to get out of the pit. 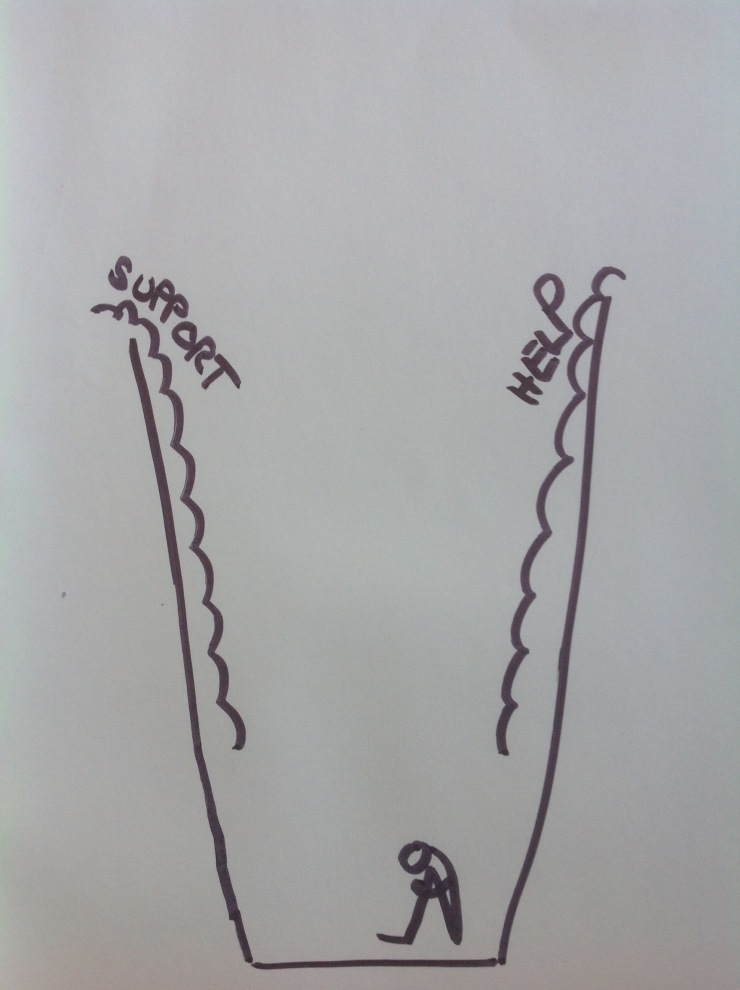 As I anticipated the tough regime of treatment I would have to face, chemotherapy and radiotherapy, I felt as if I was halfway up the pit, I was on a shelf, not too stable, but the support and help was there, I could see the light, but I still had to get out of the pit. 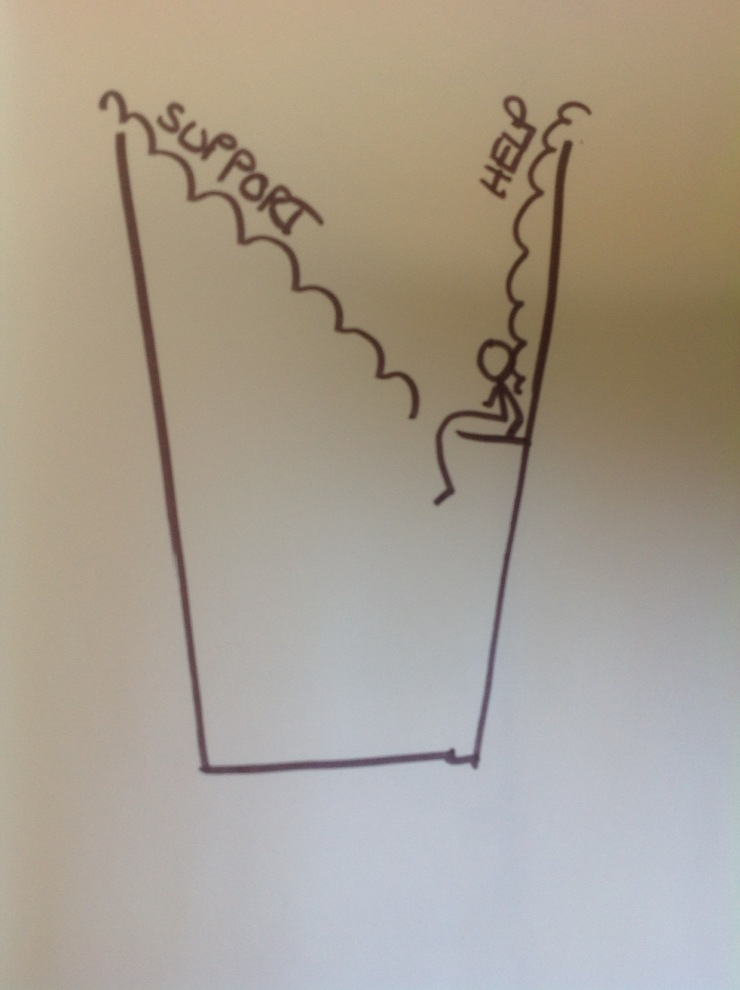 And then after my secondary diagnosis? When the bottom just fell out of the pit, I was clinging on for dear life, there was no light and the support and help was a long way away.  There was no way that I was going to get out of this pit now and it was likely that I might fall down into the abyss. 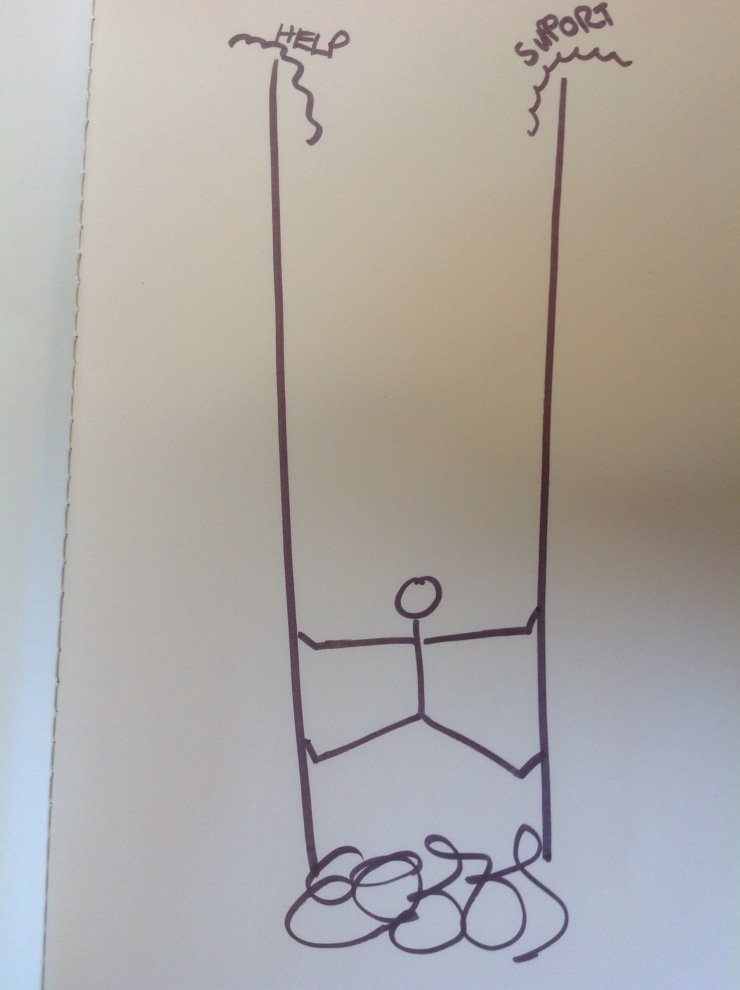 I still have cancer but I’m not in that pit anymore.  I realised that the only thing keeping me in there was my own attitude and mental approach.  If I believed that I was in a dark place then I would be, but I could move myself out of the pit if I really wanted to and after spending a bit of time in there it certainly wasn’t a place I wanted to stay!